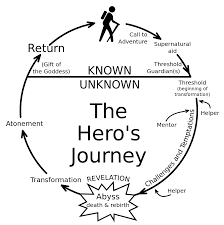 Ideas come from everywhere, and chances are, if you are thinking of publishing a story, you already have an idea. My ideas always seem to start with a character, but the setting also plays a big role in the initial stages of my writing. A character idea will come to me, and that character always comes placed in a specific setting.

Developing that idea -- now that is the real work!

Perhaps the entire story magically appears in some writers' minds, but not mine. An initial problem or obstacle, which is somehow dependent on the setting, usually has attached itself to the character. And an ending idea might loom somewhere in the distance, but getting from point A to point Z, takes some planning.

Enter the outline. Different writers have different outlining strategies. And different genres might also call for different outlining techniques. The fantasy book I am writing currently, Periphery, is formulated around Joseph Campbell's Hero's Journey. That plan works for a mythic fantasy, but I never would have been able to use it for my first two novels.

Some writers' outlines include every last detail. Those authors tell me they stick to their outlines come hell or high water. My outlines tend to be looser and more flexible. I tend to think of them as living documents. I might plan to a certain point, then draft, then outline some more, then write some more. Sometimes my stories want to tell themselves to a certain point, and then outlining becomes necessary. Having some form of a working outline, however, allows a writer to pick up their story at any point and write. And that, my friends, is the ultimate cure for writer's block!

Next Up: Another Outlining Strategy

Posted by Roberta Worthington at 3:02 PM No comments:

One of the most frequent questions I am asked is, "How do you get a book published?" 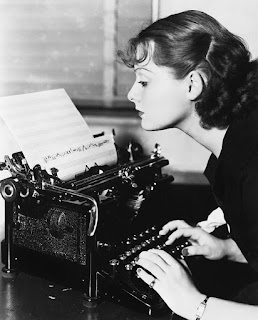 I wish there was an easy answer! Writing is a long process. I once heard someone describe it as being similar to wading through mud. For me, it is more enjoyable than that, but there are parts where the going is slow and the writer has to put in strenuous effort and perseverance if moving forward is expected. The process is even longer if the writing is a side endeavor, as it is for me right now. Balancing a career, family, and the fun of writing is a tightrope walk, but that might be best handled in another series of entries.

Over the next several entries, I am going to discuss the steps I've found it takes to getting a piece of writing published. Topics will include coming up with an idea, drafting, the role of beta readers, revising, and moving to book form, for starters. The publishing process
might be different for others, and I encourage comments, questions, and others' advice because no one's journey in this endeavor is the same.

Next Up: The Idea

Posted by Roberta Worthington at 4:57 AM No comments: 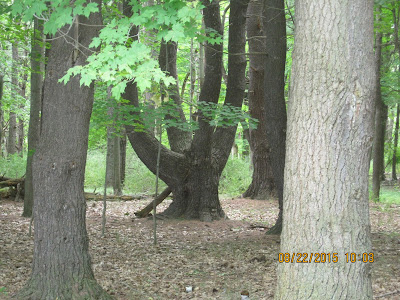 I just finished the draft of Periphery, my next young adult novel, which is a fantasy adventure. The tree in the photo at the right was the inspiration. I will read it through once more before it is sent off to my team of Beta readers. If I can get it to them within the next month, I will be able to begin work on the sequel, tentatively titled The Amaranth. Depending on the efficiency of my Beta readers, Periphery could see publication within the year. That would be exciting! Summer could entail work on both projects to make sure they flow together. Now if we could get the Covid pandemic under control and author visits would start up again, the world would be a wonderful place! I miss talking with young readers, but with another novel on the near horizon, we’ll have a lot to talk about when the time comes!

Posted by Roberta Worthington at 1:30 PM No comments:

Today is a good reason to start blogging again.

Today most people celebrate and remember Martin Luther King and his efforts as a civil rights activist, and rightly so. But spend some time today reading some of his speeches and essays. His famous I Have a Dream speech is the one most people know, or at least know parts of. My favorite line? “I have a dream that my four little children will one day live in a nation where they will not be judged by the color of their skin but by the content of their character." It is such a well-crafted piece of writing that it is often cited as the best speech ever given. 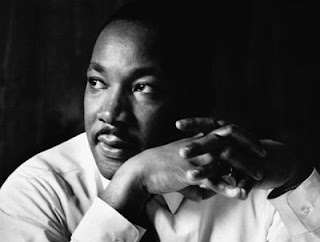 I urge you to read it again and look at how his word choice and rhetorical devices deliver his message. His repetitive metaphorical references to a bad check – something his audience was well aware of – is masterful. “It is obvious today that America has defaulted on this promissory note, insofar as her citizens of color are concerned. Instead of honoring this sacred obligation, America has given the Negro people a bad check, a check which has come back marked ‘insufficient funds.’” Every word was not just plucked out of the air, but carefully chosen to deliver his message in a way that spoke to his audience.

Read some of his other works today. Some are longer than others. A Testament of Hope and Letter from a Birmingham Jail are two that I’d recommend. His extended metaphors and Biblical allusions hold me in awe.

And celebrating King today in particular – two days before our country’s tradition of a peaceful transition of power – is important. King believed in peaceful protest and education as a means to rise above poverty. Almost 53 years ago, King’s words were so feared that an assassin tried to squelch them by killing him. But his message – his words – live on. King’s words truly are proof that “the pen is mightier than the sword.”

Posted by Roberta Worthington at 5:47 AM No comments: 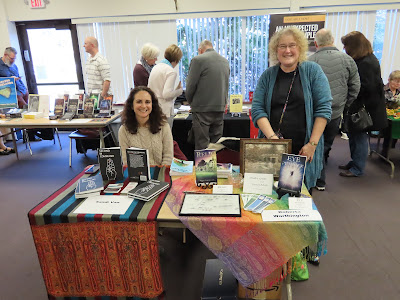 Good time at the Local Author Fair this afternoon at the Audubon Library in Amherst, NY. There was a great group of local authors present, and I had the chance to chat with many of them. I also had the pleasure of sharing a table with another Young Adult author, Sandi Van, whose debut novel Second in Command came out in February of this year. It’s written entirely in verse, and I can hardly wait to read it. Check it out on Amazon.


In between browsing customers, many of the authors circulated, and we talked about marketing, publishing, illustrations and covers, and writer’s groups. Many echoed my feelings that belonging to a writer’s group is one of the most vital parts of a writer’s life. So much valuable feedback can be gotten if an author has trusted fellow writers they can depend on.

I hope to make this fair an annual event on my calendar! 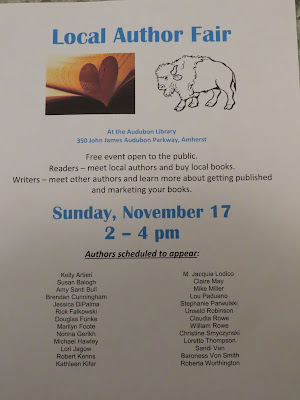 This weekend I will be signing books and talking to readers about my craft at the Audubon Library in Amherst, NY. It will be my first book signing for Eye of the Peacock, which is really exciting.

Audubon is a fabulous public library with an extensive book collection. I think it is great that they are opening their doors to local writers as a venue to sell their books. What a marvelous chance it will be to catch some great new reads.

Take advantage of the opportunity – Sunday, Nov. 17 from 2 to 4 p.m. Come out and see me as well as the other authors who will be on site!

Posted by Roberta Worthington at 5:54 PM No comments:


I’m very excited to announce that I will be offering signed copies of both Eye of the Peacock and Relic at the Local Author Fair. I will be joining authors from around the area from 2 to 4 p.m. Sunday, November 17, at the Audubon Library on John James Audubon Parkway in Amherst, NY.

A major thank you to my neighbor Martin for slipping the announcement for the event in my mailbox! I love events like this. One of the best parts of writing is meeting people who are eager to read your work.

I mean, really, ultimately, it’s why we should be writing – to share our work. Otherwise, writing is a terribly lonely endeavor. So put it on your calendars! Come out and chat with me on the 17th!

Posted by Roberta Worthington at 1:44 PM No comments: 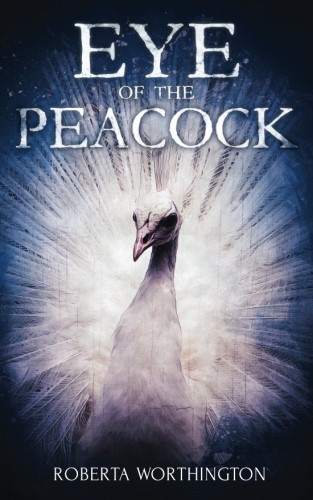 "Forever. It was a word Aubrey and her friends threw around all the time. But Maeve really meant it. Forever."

Roberta Worthington
This blog follows my journey as a writer. I have bachelor's degrees in journalism and secondary English education, and a master's degree as a reading specialist. I have taught high school and middle school English for 23 years. In a past life I was a newspaper reporter. I am the wife of a terrific guy and the mother of two fantastic girls. 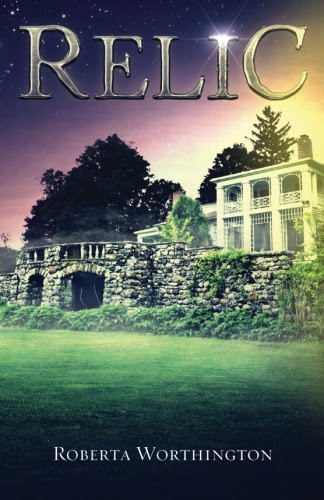 "I heard someone say once that fate throws people together because they need each other. Maybe that was why she was drawn to me. Maybe she sensed a kindred spirit." 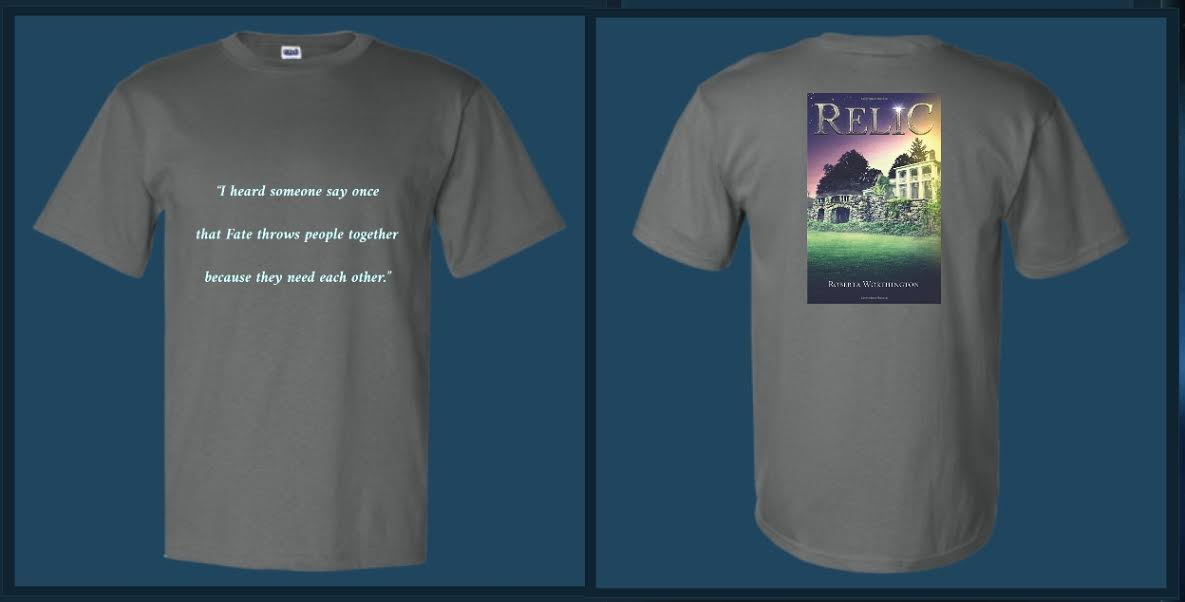 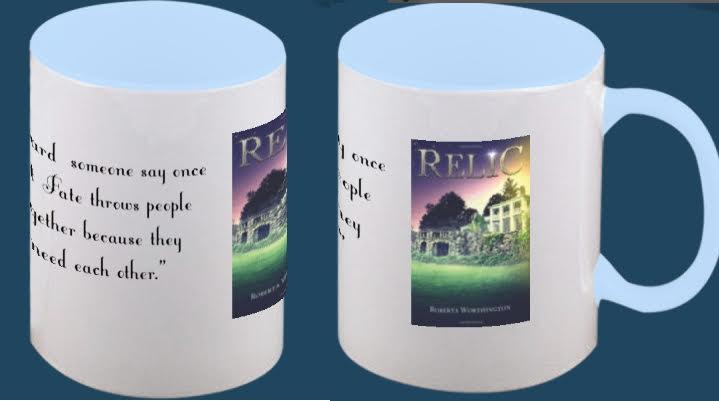